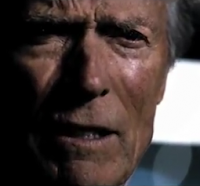 We all love the Super Bowl. We love the bigness of it, the spectacle and the drama. Not just of the game, but also the ads. They’re fun to watch, criticize and occasionally praise. But the fact of the matter is, most businesses can’t afford to advertise in the Super Bowl.

So what marketing lessons can 99.99% of American business learn from the successes and failures of .01% of the marketers who can afford a $3,000,000 spot? Here are ten.

If you haven’t seen the spots I referenced or would like to see them again, you can on USA Today’s Admeter home page. 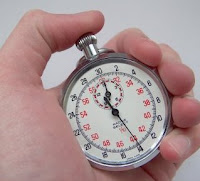 The pace of work is accelerating thanks to all the cool new tools we have at our disposal, the democratization of information and our ability to communicate with an ever expanding audience in an instant.

We can develop videos, ads and other messages in hours or minutes, instead of the weeks it used to take.

But there’s something more important than being fast in this era of instant communication – being right.

Just ask the folks at Blackberry, McDonald’s and Qantas.

Before you launch that next Social Media campaign, think about everything that can go wrong and plan for it before you push send.

Because you can’t just be right now.

You have to be right right now.

Funny thing about branding. Unless you keep reminding people who you are, what you do and why you’re worth the price, they tend to forget about you – no matter how big you are.

That’s what Pepsi is finding out after underspending on marketing for the past decade.

Pepsi’s market share peaked in 2004 has slowly slid to under 10% for their flagship brand. Yes, there are a lot of things working against Pepsi – health and diet trends, new competition, an aging population – but none of those are any real excuse. During those same years Coke’s volume grew and their share increased to 17%.

What did Coke do right? Invest in good old fashioned advertising. They spent over $3 billion with a “b” last year, while Pepsi invested less than $2 billion.

It’s hard to admit your wrong. Even harder when that decision has cost you tens of millions of dollars or more in sales. But even worse than admitting your wrong is going down the same path and watching your business disappear. So Pepsi is expected to add $500 million dollars to its marketing budget this year.

There are two dimensions to growth: proficiency and expansion.

Do the same thing over and over again and you’ll become more proficient at it.

Do something different on a regular basis and you’ll expand your knowledge and skills.

Most companies – and people – must do both. The trick is not to expand before you gain proficiency.

A specialized expert is more valuable then a mediocre generalist. 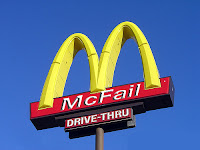 How could this possibly have turned out badly?

In just two hours McDonald’s was forced to shut down the campaign but not before people shared some stories that were less than complimentary.

“#McDStories worked there for one month-unhygienic staff; managers, plus my boyfriend got a hair in his burger the day before I started-Sign!”

“Memories of walking into McDonalds: the sensory experience of inhaling deeply from freshly-opened can of dog food #McDStories”

“I haven’t been to McDonalds in years, because I’d rather eat my own diarrhea. #McDStories”

And that’s where McDonald’s made their fundamental mistake. They forgot the old adage, “‘Dog bites man’ isn’t news, ‘Man bites dog’ is.”

Rick Wion, Social Media Director for McDonald’s is quoted as saying less than 2% of the total tweets that day about McDonald’s were negative.

McDonald’s may have had 10,000,000 favorable tweets, but you’re only ever going to read about the bad ones in the paper. Nobody ever writes news stories about all the planes that don’t crash.

So just a few negative tweets was all it took for this to become a firestorm of bad publicity and a case history for how not to do social media marketing.

You can’t control what people say, but you don’t have to give them a megaphone and put them in the middle of a crowd.

Now that the NFL Conference championships are over, it’s time to turn our attention to the Super Bowl. No, I’m not talking about the game, though it should be a good one.

You may not have noticed, but the hype for the Super Bowl began last week when VW released this teaser commercial to whet everyone’s appetite for its sequel to last year’s excellent commercial, The Force.

I’m not a huge fan of teasers for new ads. I figure that advertising is supposed to sell a product so you ought to spend your time and money advertising that product. Advertising created to hype advertising is usually an exercise in navel gazing.

My one exception is for Super Bowl ads.

It’s important to get as many of the over 300 million people who will be watching the game to sit still long enough to view your $3.5 million 30-second epic and creating a teaser like this can help.

In addition to promoting the upcoming commercial, the url at the end also directs you to a microsite where you’ll be able to create and send Star Wars themed invitations for your Super Bowl party. You’ll have to follow them on Facebook to take advantage of that offer, but it’s something to keep the conversation going.

This is a nice effort. And if it’s any indication of the spot that’s coming from Deutsch, I’m looking forward to it.